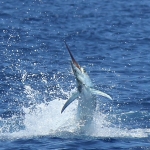 Fraser Island Marlin Bite Worth the Trek
Scroll to top